Eliminate the risk of mass data breaches by implementing a patented approach to operational and bulk data tokenization. 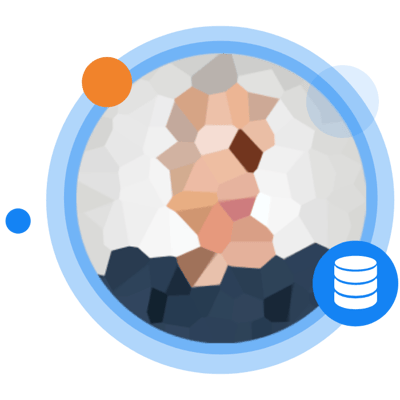 Tokenize for one,
or for all

Tokenize individual data in real time, for operations; or in batch, for bulk.

Safeguard data at the business entity level, with individual "micro-vaults".

Assure GDPR / PCI DSS compliance, by adapting to change on the fly.

Data Product Platform uniquely stores the sensitive data, and corresponding tokens, for each business entity (say, customer) in its own Micro-Database™. Each Micro-Database functions as a "micro-vault" for each customer, individually encrypted with its own 256-bit encryption key.

So, instead of maintaining a single, centralized “mega-vault” for 10 million customers, the platform manages 10 million micro-vaults, one for each customer. This is data security at its most granular level.

Get the complete playbook.

Data protection – from inside, out

Data tokenization tools are especially relevant today, because the majority of
data breaches are caused by insiders, whether accidentally or intentionally.
Recent reports confirm that:

70%
of all CEOs feel vulnerable to insider threats, and confirm greater frequency of attacks.

60%
think that privileged IT users pose the biggest insider security risk to organizations.

50%
believe that detecting insider attacks has become more difficult, after migrating to the cloud. 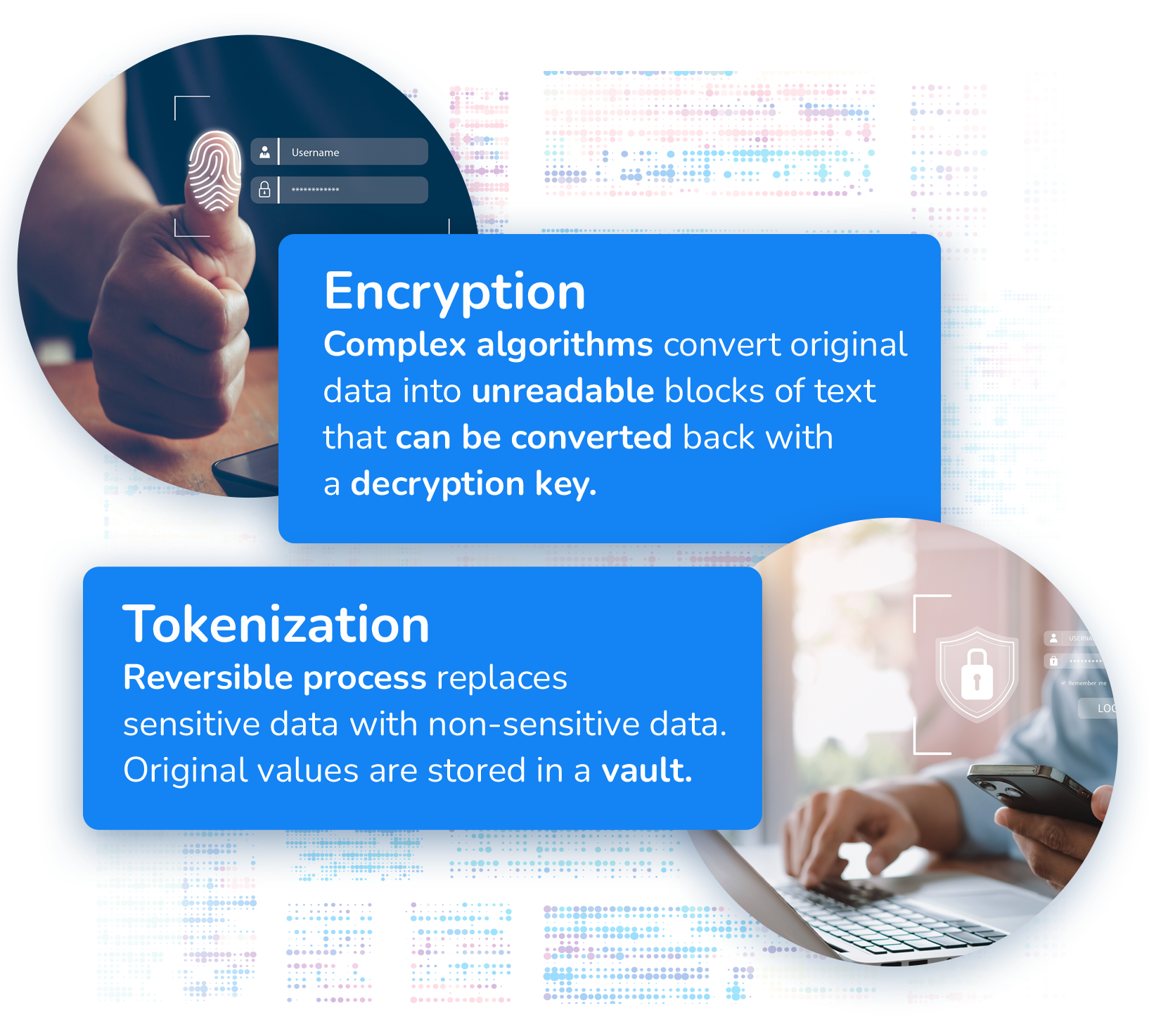 Encryption, tokenization,
or both?

Encryption alters sensitive data mathematically, however the original pattern remains within the new code, meaning that it can be decrypted. The ability to reverse encrypted data is its Achilles Heel. Although complex algorithms do a great job encrypting sensitive data, ultimately all encrypted data can be reversed, and revealed.

With real-time data tokenization tools, you can: 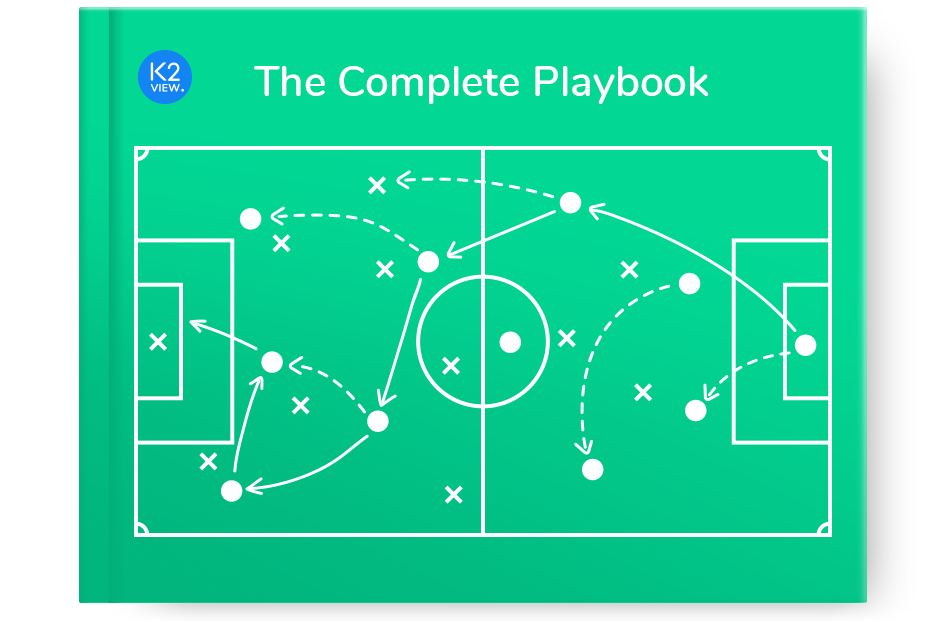 Any business that accepts, transmits, or stores credit card data is required to be PCI DSS-compliant, to protect against fraud and data breaches. Non-compliance could lead to severe penalties and fines, as well as brand damage.

The combination of tokenization tools and data masking tools supports PCI DSS compliance by reducing the amount of PAN (Primary Account Number) data stored in an enterprise’s databases. With a reduced data footprint, enterprises have fewer requirements to contend with, reducing compliance risk, and speeding up audits.

Maximize, whenever you tokenize,
with real-time data tokenization. 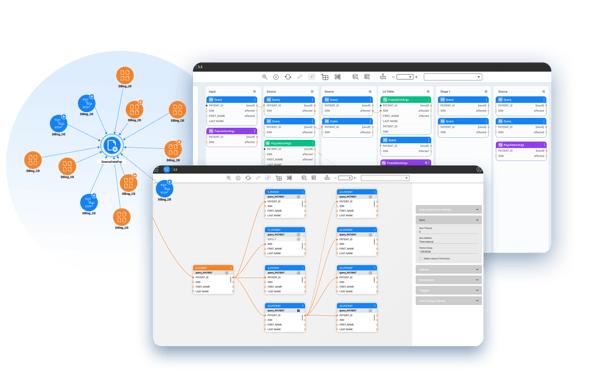 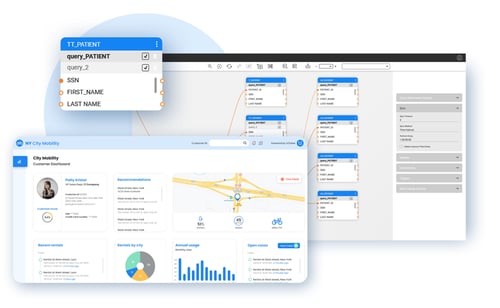